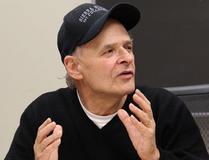 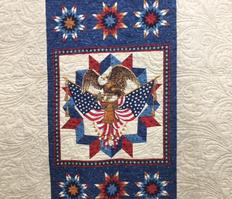 The Things They Carried

The Things They Carried by Tim O'Brien has been established as one of the preeminent pieces of Vietnam War literature. A Pulitzer Prize finalist, it has sold over 2 million copies worldwide, and this year celebrates its 25th anniversary. In February 2014, the book was included in Amazon.com's list of 100 Books to Read in a Lifetime.

O’Brien's literary approach is distinguished by his use of verisimilitude, a style that blends factual with fiction.  The Things They Carried is presented as fiction, but draws heavily from O’Brien’s experiences, lending credence to the events told in the book. He dedicated the book to the men of the Alpha Company with whom he fought during the war.

"An Evening with Tim O'Brien"

In this special video from Texas State University, writer and Vietnam War veteran Tim O'Brien reads short excerpts from his books, and gives insight to how his collection of short stories in The Things They Carried came to be. The community gathered on Friday evening for this 50 minute film, followed by refreshments and the opportunity to discuss this year's Virginia Read selection.

The Pacific Flyway Quilters Guild participated in the 2015 Virginia Yerxa Community Read by creating a memorial quilt with vintage looking Americana fabrics, and a place for veterans "Story Patches" of the "things they carried" on the back of the quilt.   Using scannable QR Codes, the story patches were linked to recorded stories and pictures gathered from local veterans and placed on the Internet by Guild members.  The quilt was raffled at the last event on Virginia Read Day, and veteran Dennis Sanders won.

“Out Far and In Deep: The Things They Carried”

"The Stories We Carry"

The community gathered at 735 Main Street at 4:00 pm where stories of Vietnam were shared through photographs, maps, books, memorabilia, and conversation with local veterans.   Music of the era and a sampling of Vietnam taste treats added to the afternoon.

Our Colusa Movie Theater, located at 513 Market Street, gave a free screening of this acclaimed documentary film.   Based on recitations of letters to and from American participants of the Vietnam War, "Dear America" features a cast of well-known actors who read actual letters while soldiers' amateur photography and nightly news war footage fill the screen.

Writers of all ages and abilities enjoyed this delightful talk by O'Brien, given to MFA students at Texas State University.  The author stressed the importance of story over detail and gives many amusing and insightful pointers about crafting a narrative.

Thanks to generous donations from our community, all events are free of charge.

For those interested in seeing how other communities are expounding on O'Brien's book, The Things They Carried has been selected as The Big Read in Contra Costa County.  Click on the link to see their wide variety of activities in April and May.

While literally hundreds of books have been written about the Vietnam War, there are several that have particular significance to our project, most notably Tim O'Brien's other war novels.  Here are a few titles our readers may find compelling:

​Going After Cacciato by Tim O'Brien.  First published by Delacorte Press in 1978, it won the U.S. National Book Award for Fiction.  This complex novel is told from the third person limited point of view of the protagonist, Paul Berlin. The story traces the events that ensue after Cacciato, a member of Berlin's squad, decides to go AWOL by walking from Vietnam to France, through Asia. Cacciato means "hunted" or "caught" in Italian.

If I Die in a Combat Zone, Box Me Up and Ship Me Home by Tim O'Brien is an autobiographical account of O'Brien's tour of duty in the Vietnam War. It was published in 1973 in the United States by Delacorte and in Great Britain by Calder and Boyars Ltd.

Dispatches by Michael Herr (Knopf, 1977)
Herr brought the Vietnam War back home in all its uncensored, unadulterated reality in Dispatches. Proclaimed as the greatest book written not only on the Vietnam War, but also on any war, Dispatches only made it into print as a book ten years after Herr went to Vietnam as a correspondent for Esquire.  Herr's triumph lay in his honesty as both a reporter and a writer. He eschewed the government junkets and the daily press conferences, preferring to observe the war first-hand, much to the soldiers' ("grunts'") incredulity.

​A Bright Shining Lie: John Paul Vann and America in Vietnam by Neil Sheehan
In this historical biography which garnered the National Book Award and the Pulitzer Prize for Nonfiction, a renowned journalist tells the story of Lieutenant Colonel John Paul Vann, a charismatic soldier who arrived in Vietnam in 1962 and put his life and career on the line in an attempt to convince his superiors that the war should be fought another way. By the time he died in 1972, Vann had embraced the follies he once decried. He died believing that the war had been won.

Vietnam: A History ​by Stanley Karnow

Karnow's panoramic work is filled with fresh revelations drawn from secret documents and from exclusive interviews with hundreds of participants on both sides. The central theme of the book is that America's leaders, prompted as much by domestic politics as by global ambitions, carried the United States into Southeast Asia with little regard for the realities of the region. The chain of events that led to the deployment of thousands of American troops has been set into its deeper historical context - especially the growth of Vietnamese nationalism over two millennia. This is the essential work for anyone seeking to understand what happened in Vietnam, and why.

American Boys:  The True Story of the Lost 74 of the Vietnam War by Louise Esola

In the middle of a dark night off the coast of Vietnam on June 3, 1969, the USS Frank E. Evans is rammed by a ship ten times her size, sending her forward half to the bottom of the South China Sea with seventy-four American sailors.  Buried in obscurity even today, the names of the 74 of those killed are not on the Vietnam Wall in D.C.  Journalist Esola has uncovered and assembled a powerful rebuttal, putting the ship and her men in the time and place that was Vietnam. 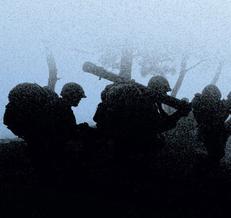 “But this too is true: stories can save us.”

“A true war story is never moral. It does not instruct, nor encourage virtue, nor suggest models of proper human behavior, nor restrain men from doing the things men have always done. If a story seems moral, do not believe it." 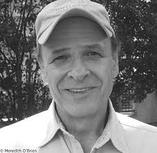 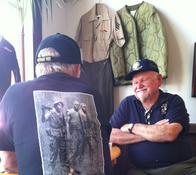 “I want you to feel what I felt. I want you to know why story-truth is truer sometimes than happening-truth.”