Fellow readers were invited to "Shake Hands with Shakespeare" in 2016 and get to know this master storyteller. William Shakespeare's profoundly eloquent verse is widely renowned as the greatest in English literature. Whether you chose to read a biography, a history, a conspiracy theory, or a work by the Bard himself, we hope you enjoyed these events, and the wit and wisdom of William Shakespeare.

Community Theatre for the Performing Arts ​

VYCR 2016 commenced with this special evening performance given by actors Susana Batres and Eddie Lopez from the Oregon Shakespeare Festival in Ashland. These fine actors presented a Hamlet adaptation for the first act and a Literature program, To Infinity and Beyond, for the second act. Details about the team may be found at www.osfashland.org/svptour.

Susana Batres and Eddie Lopez worked with students and other community members in two workshops with on-your-feet explorations of themes, language, and characters from their Shakespeare performance.

These special screenings from the PBS documentary series, "Shakespeare Uncovered" were shown at the Colusa Movie Theater.  We enjoyed a fascinating behind-the-scenes look at two of Shakespeare's most popular works.

Much Ado About Nothing

Participants were charmed by this romantic comedy, one of the most successful Shakespeare films ever released. Starring  Kenneth Branagh, Emma Thompson, Kate Beckinsale, Robert Sean Leonard, Denzel Washington, Michael Keaton, and Keanu Reeves, this full-length feature was presented free of charge and was enjoyed by all.

Macbeth at Community Theatre for the Performing Arts, 745 Tenth St.
The Colusa High School drama class presented an adaptation of Shakespeare's Macbeth. Our local budding actors did a wonderful job. We hope you were able to see one of these three performances.

Families and children of all ages were delighted by the retelling of Midsummer Night's Dream, followed by shoebox theater making.  This free program lasted one hour and was a great opportunity to explore our County Library and the Shakespeare exhibits throughout.

Award-winning Sacramento actor/director Ed Claudio will kick off Virginia Read Day 2016 with a special presentation about Shakespeare's life and work, followed by Q & A.

Revel with us at our traditional gathering to discuss this year's events, share birthday cake, and celebrate over 400 years of William Shakespeare. This year, we will gather outside the Community Theatre, immediately following Ed Claudio's presentation.

The VYCR was sorry to announce that the afternoon events were cancelled due to the funeral of our beloved community member and supporter Jim Lee. In respect for the Lee  family, the Bard Birthday social was moved to 7:00 pm, followed by Love's Labour's Lost at 7:30 pm.

7:00 "Happy Birthday to the Bard" and Love's Labour's Lost

Providing us with a spectacular closing event for Virginia Read Day 2016, UC Santa Cruz "Shakespeare to Go" student actors performed a special one-hour version of Love's Labour's Lost at the Community Theatre.   This delightful comedy was extremely approachable, and the free performance was suitable for viewers of all ages.

"An Evening with Andrea Mays"

​This event gave readers a chance to meet author Andrea Mays who wrote the incredible story of Henry Clay Folger's lifelong pursuit of Shakespeare's First Folios, and our national treasure that resulted from his passion.

​​Thanks to generous donations from our community, all Virginia Read events are free of charge. (Colusa High School drama performances not withstanding.)

​While literally thousands of books and papers have been written about William Shakespeare, there is a small but varied collection that has been compiled for our community project this year. Each book approaches Shakespeare from a different angle; any of these titles will give readers "a part to play" in this year's community read. Here are the titles with a brief description for readers to help them select:

Stories from Shakespeare by Marchette Chute

Stories from Shakespeare is an excellent resource for illuminating Shakespeare's genius and gaining insight on how to approach his work. The book contains all the plays from the First Folio, and gives an eloquent summary of each work. An index of characters is also included. This book is useful for a newcomer to Shakespeare, or for a quick reminder of the plot before seeing or reading a play.

​The Millionaire and the Bard by Andrea Mays

The Millionaire and the Bard tells the story of the making of the First Folio, and of the American industrialist whose pursuit of the book became a lifelong obsession. In her first book, Andrea Mays effortlessly captures the largely untold story of Henry Folger, and his passion for Shakespeare which ultimately resulted in one of America's greatest literary treasures, the Folger Shakespeare Library in Washington, D. C.

​Shakespeare: The World as Stage by Bill Bryson

In this addition to the Eminent Lives series, bestselling author Bryson gives the reader an idea of what Shakespeare's life was like.  Well-written and succinct, and infused with Bryson's wit, Shakespeare: The World as Stage fulfills the publisher's goal of being a "short biography for an age short on time."

What is the secret of Shakespeare's enduring appeal? In this comprehensive and insightful reference, readers will be guided chronologically through Shakespeare's writing career, covering his entire canon. Character maps, timelines and colorful illustrations give this resource a fresh visual approach to a timeless writer.

​The Wednesday Wars by Gary Schmidt

Holling Hoodhood suspects that his teacher Mrs. Baker doesn't like him, especially when she begins having him read Shakespeare on Wednesday afternoons. Unexpectedly, he begins to enjoy the plays, and in the process, Holling also begins to understand Mrs. Baker.

“We are such stuff as dreams are made on; and our little life is rounded with a sleep.” 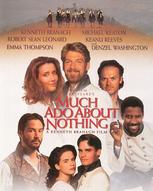 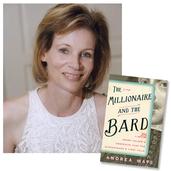 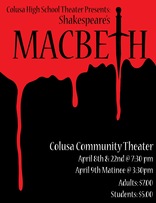