From the moment it was published, True Grit was a critically acclaimed classic. It has been enjoyed by readers of all ages and fans of all literary genres for more than 70 years.

True Grit tells the story of Mattie Ross, who at just fourteen years old seeks to avenge her father’s death with the help of one-eyed Rooster Cogburn, the meanest available U.S. Marshal. Joined by a Texas Ranger, the trio head off into Indian Territory after the killer.

Full of humor, inventive prose, and compelling characters, the multi-layered coming-of-age novel set in the Old West of 1870s Arkansas and Oklahoma explores the duality of human nature and how a young girl discovers the meaning of “true grit.”

Founded in 2010, in honor of Virginia Yerxa, whose longstanding mission was to promote literacy to Colusa’s youth, the Virginia Read is a book-in-common project for Colusa County that brings together members of the community around the same literary work.

Book discussion and events for the spring are in the planning stages, leading up to the annual Virginia Read Day, scheduled for Saturday, April 1, 2023. 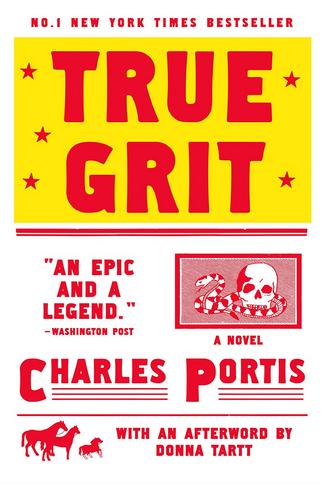 People do not give it credence that a fourteen-year-old girl could leave home and go off in the wintertime to avenge her father’s blood but it did not seem so strange then, although I will say it did not happen every day.”